If I had three wishes one of my wishes would be $10,000,000. I would want this and not infinite money because I don’t know what I would do with the rest. With the ten million dollars, I would donate some and use some to help the homeless by getting them food and clothing. With the rest, I’d use that to get a car, go to college, start a family, and start a business. I’d also give some of it to my parents to help them.

For my second wish, I would want a hypercar collection with Lamborghinis, Ferraris, and Koenigseggs. I would want this because they’re a bunch of really cool fast cars. Also, I would want to modify them to make them look and sound crazy. The car I want the most is the Lamborghini vision GT because it’s a beautiful one of a kind car. Another thing is it would be cool to have a lot of hypercars to choose from to take to work. 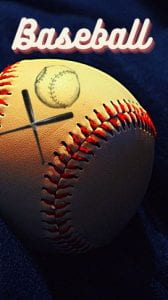 I created this photo through a website called Canva which has tons of stuff for photo making. I made this photo to represent that I really like to play and watch baseball. I like to play baseball I play outfield and third base I mainly play outfield. I’m a pretty good batter but I’m better at catching in the outfield, I made a double play at practice I caught it then got someone out at second. My dad used to play baseball in high school and could throw from outfield to home plate. I’m going to try to join the school team this year and try to join my friend’s travel team next year.

I want to learn to pitch and become a pitcher for a baseball team and maybe become a catcher later. I also want to work on improving my batting skills and catching skills. One reason I like baseball is that it works all parts of your body like your legs, arms, etc. Another reason I like baseball is that I can get out of the house and do something I enjoy that’s good for you. Also, I get to see my friends (some from school) and hang out with them during practice and games. These are the reasons I enjoy playing baseball.